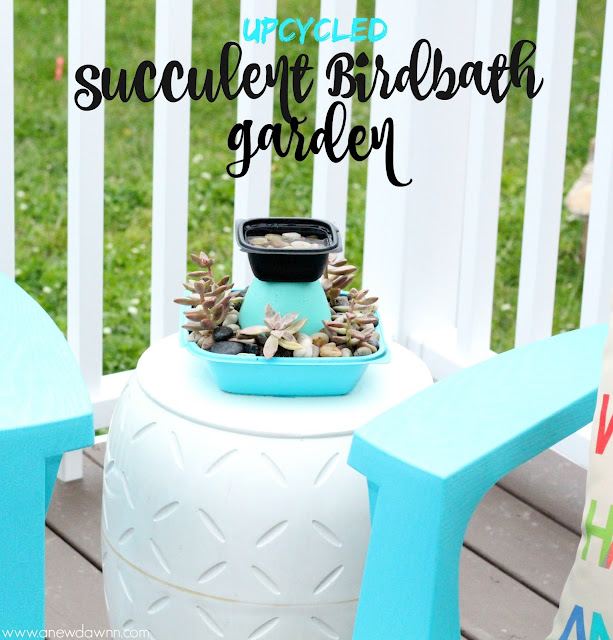 If you didn’t already know, I love eating at Chick-fil-A. I don’t even think I could pick a favorite off the menu because I like so many things there. As part of the Chick-Fil-A Moms Panel, every so often I’m treated to sneak peeks and tastes of new menu items. This Mother’s Day, I received the cutest card in the mail from them with a coupon to try the Spicy Southwest Salad and a frozen coffee. Since I’m a sucker for spicy foods, I could wait to try the salad. So a few weeks ago the kids and I had a lunch date at our local Chick-Fil-A. That wasn’t all. After enjoying the salad,  I was challenged to come up with a way to reuse the salad container. 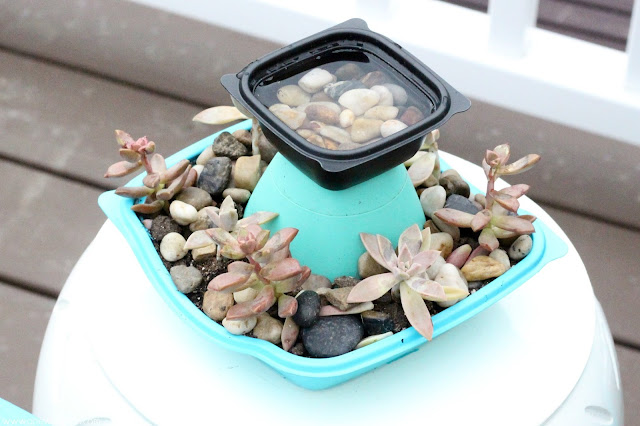 After I brought it I knew exactly what I was going to make. 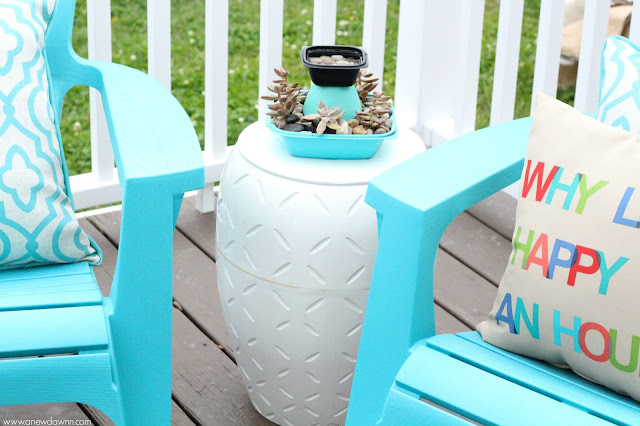 I needed some type of decor for this table on my deck and knew the container would make the perfect flower pot. Then I took it one step further and decided to upcycle the container my son’s grilled chicken nuggets came in to add a little birdbath to the top.

To create this at home here’s what you’ll need:
First I cleaned both containers. I spray painted the salad container an aqua color to match the decor on my deck. 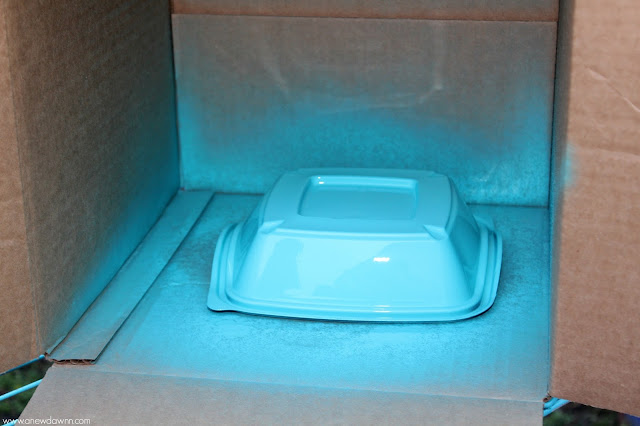 Once it was dry, I placed the small pot upside down in the center and filled the rest of the container with potting soil. 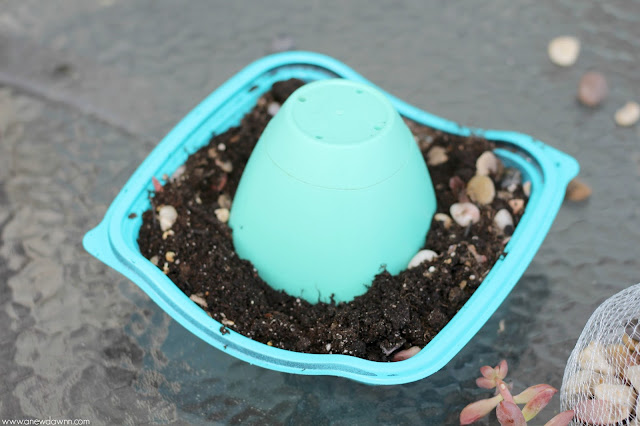 Then I planted the succulents around the edges alternating designs. Then I added the rocks to cover up the dirt. 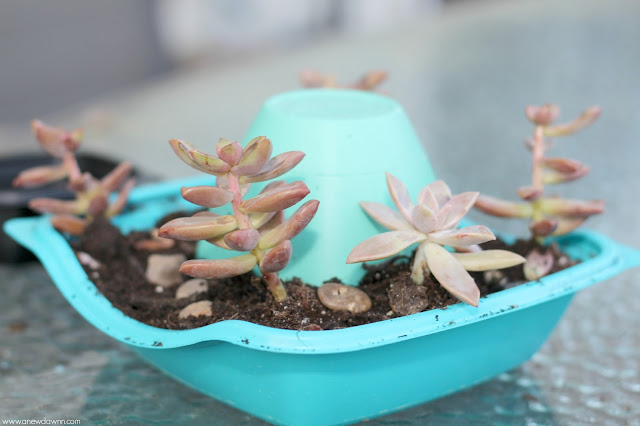 Next I took the grilled nugget container and filled it 3/4 of the way full with rocks then added water. 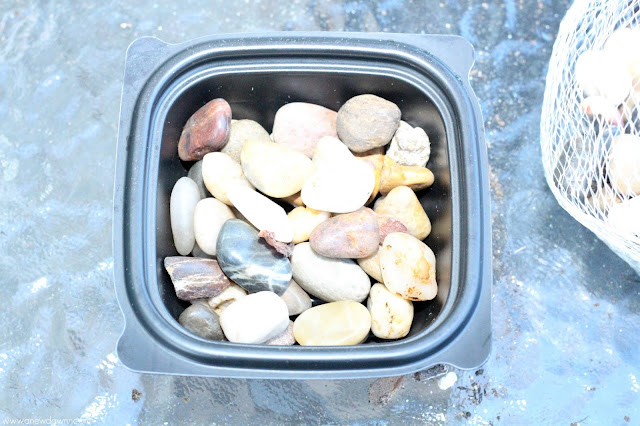 I added some glue to the top of the small pot and placed the birdbath on top. That’s it. 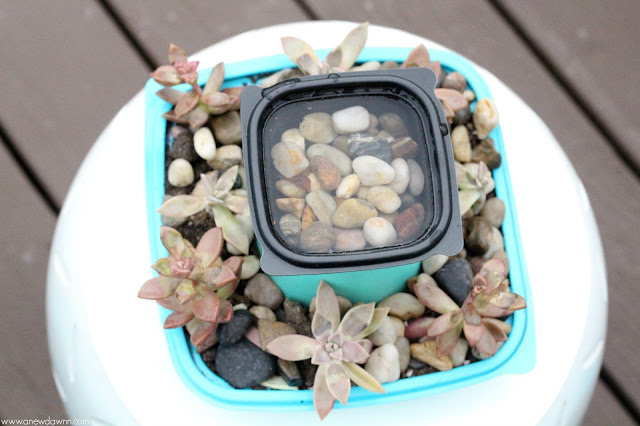 I love how it turned out. The best part was I was able to upcycle a container that might have ended up in the trash. Instead I have a cute tabletop succulent arrangement that really compliments that corner of my deck. 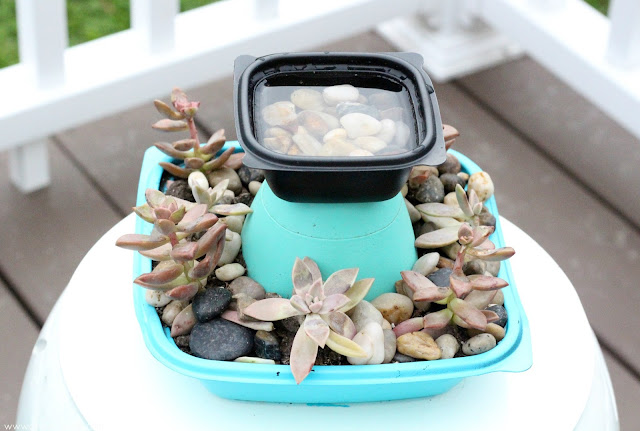 If you don’t want the birdbath portion, you can simply plant the succulents in an arrangement in the salad container.

Have you ever upcycled a Chick-fil-A salad container? What did or would you make?
An InLinkz Link-up


Love this craft project? PIN IT for later:

Disclosure: As a member of the Chick-Fil-A Moms Panel I received a coupon for a free salad. No other compensation was received. All opinions are my own.
« Special Savings on Huggies Little Snugglers at Sam’s Club
#FlippforMoms and Enter to WIN a $100 SpaFinder Gift Card »